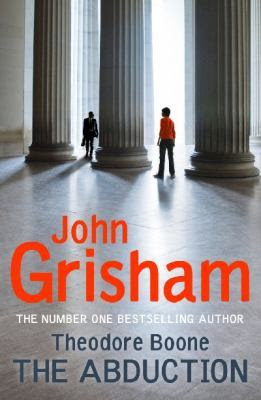 Plot
Theodore Boone is perplexed when his 13-year-old best friend, April Finnemore, disappears from her bedroom in the middle of the night. No one, not even Theo—who knows April better than anyone—has any idea of what has happened. As fear ripples through his small hometown, the police continue to hit dead-ends. The police think April could have been kidnapped by a distant cousin of the Finnemore family, Jack Leeper, who escaped from prison a few days before April went missing. It is up to Theo to use his legal knowledge and investigative skills to chase down the truth and save April.

Review
After a lot of reading from John Grisham, it is worth to note that if one wants to read a fully enthralling novel in the legal thriller genre, John Grisham is the way to go.
Reading the book, I cannot help but notice the face pace stories that he usually weaves into pages, are less powerful maybe for the fact that the book is aimed at a more younger demographic, hence it is less of adult novel making it's storyline  more simpler than his previous books.
Worth noting that even-though, that is so, the book have enough charm and suspense to make it a good read- a plausible story of a 13 year old boy on his quest to find his best friend who got abducted.
randomly put together by sully86 at 6:35 PM
Email ThisBlogThis!Share to TwitterShare to FacebookShare to Pinterest