the history of the smiley 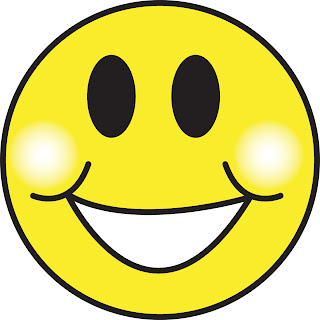 It is commonly represented as a yellow (many other colors are also used) circle (or sphere) with two black dots representing eyes and a black arc representing the mouth. “Smiley” is also sometimes used as a generic term for any emoticon.


The Happy face was first introduced to popular culture in 1958 when the WMCA radio station in New York ran a competition for the most popular radio show at the time, 'Cousin Brucie'. Listeners who answered their phone 'WMCA Good Guys!', were rewarded with a 'Good Guys!' sweatshirt that incorporated a happy face into its design. Thousands of these sweatshirts were given away during the late 1950s, and soon after, Harvey Ball, an American commercial artist, was employed by an advertising company to create a happy face to be used on buttons.
In 1972, Franklin Loufrani introduced the happy face to a European audience, giving it the name "Smiley". On January 1 the 'take the time to smiley' promotion was launched in the French newspaper 'France Soir'. The Smiley logo was used to highlight all good news so people could choose to read positive and uplifting articles.[
The graphic was popularized in the early 1970s by Philadelphia brothers Bernard and Murray Spain, who seized upon it in September 1970 in a campaign to sell novelty items. The two produced buttons as well as coffee mugs, t-shirts, bumper stickers and many other items emblazoned with the symbol and the phrase "Have a happy day" (devised by Gyula Bogar) which mutated into "have a nice day". Working with New York button manufacturer NG Slater, some 50 million happy face badges were produced by 1972.[6]
In the 1970s, the happy face (and the accompanying 'have a nice day' mantra) is also said to have become a zombifying hollow sentiment, emblematic of Nixon-era America and the passing from the optimism of the Summer of Love into the more cynical decade that followed. This motif is evidenced in the era of "paranoid soul" such as "Smiling Faces Sometimes" (released by The Temptations in April 1971, and by The Undisputed Truth in July 1971), "I'll Take You There" (The Staples Singers, 1972), "Don't Call Me Brother" (The O'Jays, 1973), "Back Stabbers" (The O'Jays), and "You Caught Me Smilin'" (Sly and the Family Stone, 1971).[6] The origins of this was parodied in a famous scene from the movie Forrest Gump when Forrest is on his multiple jogs across America, and wipes his face on a T shirt given him by a struggling salesman, and on the shirt, as if transferred there by Forrest's face, is the image of the happy face, whereupon the man gets his idea. The happy face was also seen on a van in a scene from Mork and Mindy, the van driven by men who kidnap them.
In the UK, the happy face has been associated with psychedelic culture since Ubi Dwyer and the Windsor Free Festival in the 1970s and the dance music culture that emerged during the second summer of love in the late 1980s. The association was cemented when the band Bomb The Bass used an extracted smiley from Watchmen on the centre of its Beat Dis hit single.

randomly put together by sully86 at 4:56 PM
Email ThisBlogThis!Share to TwitterShare to FacebookShare to Pinterest
Labels: history, random facts