Random Word of the Day

Adjective:
(of a person or their tendencies) Not able to be corrected, improved, or reformed.

Blast from the past: Play that funky music 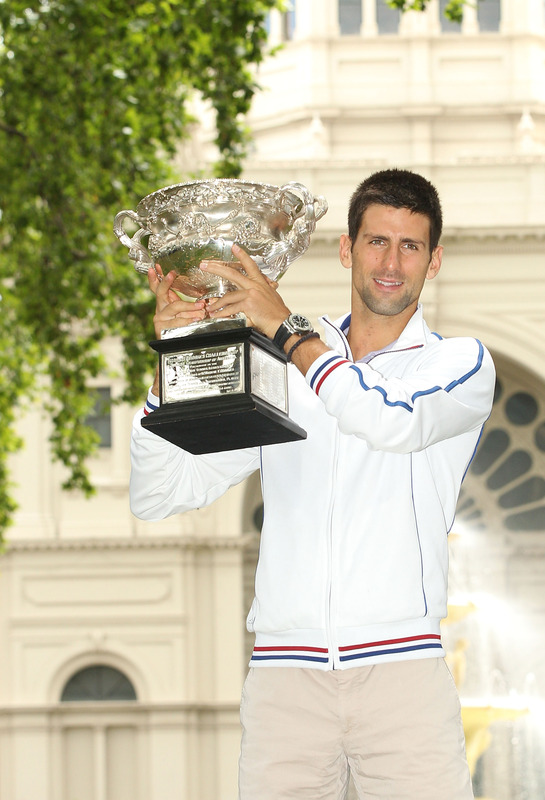 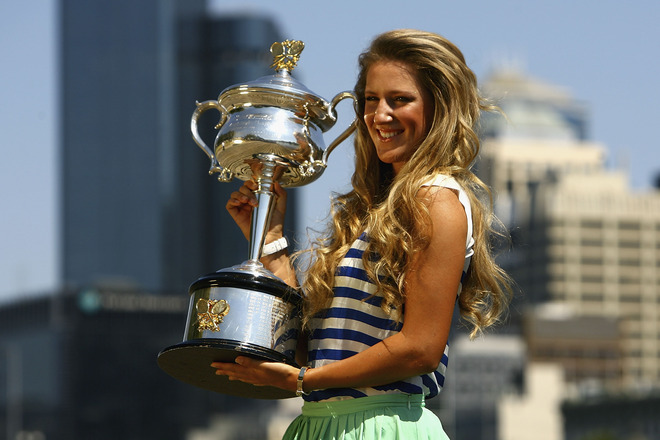 Fact:  By winning the 2012 French Open, he becomes the second male player and is one of the three to win any Grand Slam tournament seven time, the other being Pete Sampras and Roger Federer winning seven Wimbledon titles apiece.


She completes a career Gland Slam by winning all four major tennis tournaments Wimbledon (2004), U.S Open (2006), Australian Open (2008) and the French Open ( 2012). She is only the 6th women in the Open Era to achieve that after the likes of Steffi Graf, Martina Navratilova, Margaret Court, Christ Evert and Serena Williams.


Fact: This is his 17th Grand Slam tittle and seventh Wimbledon title.


Fact: At the U.S Open 2012, he became the first British player since 1977, and the first British man since 1936, to win a Grand Slam singles tournament. The title makes him the only British champion during the open era.


Fact: It's her fourth U.S Open title and her 15th grand Slam overall. 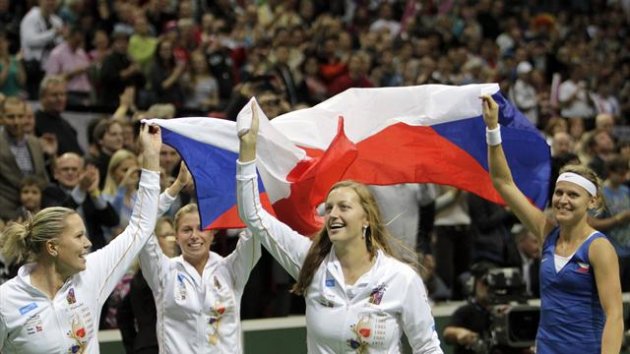 Fact: Capping a remarkable year where she  won Wimbledon, Olympic Gold medals for singles and Doubles(with sister Venus) and The U.S Open. A winner back in 2001 and 2009. Fact: This caps a rare double for the Czech team as the women's team won the Fed Cup as well.

On the Australian Open leg:

On the U.S Open leg of the tennis tour.
A round up of the Men's tennis circuit. randomly put together by sully86 at 7:12 AM No comments:
Email ThisBlogThis!Share to TwitterShare to FacebookShare to Pinterest
Labels: brazil, crazy, entertainment, water, waterslide, youtube, youtube video

kicker of the century???? Sweden ended up winning against England in that international friendly with a scoreline of 4-1.
randomly put together by sully86 at 2:56 PM 2 comments:
Email ThisBlogThis!Share to TwitterShare to FacebookShare to Pinterest
Labels: amazing feat, england, football, sports, sweden, youtube, youtube video, Zlatan Ibrahimovic

This movie is made by American director Wes Anderson with movies such as The Royal Tenenbaums (2001),  and The Darjeeling Limited (2007).


Plot
Set in the idyllic New England called New Penzance in 1965, it tells the story of 12 year old Sam Shakusky who in khaki scout but is an outcast among his fellow khaki scout mates. Meanwhile Suzy Bishop lives with her attorney parents on the island as well. Sam and Suzy met the previous summer during a church theater performance. After that, they decided to stay friends by writing to each other for more than a year. During those time that they wrote letters to each other, they decided to run away, thus, creates chaos and a frantic search for them in the island itself.

Verdict
The movie is a throwback to the era. The  film is centers a very simple premise of young love and the challenges face by them. In between dialogues and quirky scenes makes this film a fun movie to watch.

Movie rating; 8.0/10.0
randomly put together by sully86 at 10:31 PM No comments:
Email ThisBlogThis!Share to TwitterShare to FacebookShare to Pinterest
Labels: movie, movie review

The 23rd film in the franchise, Skyfall is directed by Sam Mendes, the Academy Award winning director  with A beautiful life. which earned him Best Director, Road to Perdition and Oliver to name a few.

The Plot.
MI6 agents James Bond and Eve assist on a mission in Turkey to recover a computer hard drive stolen from a murdered MI6 agent that contains details of almost all undercover NATO agents in terrorist organisations. Bond and Eve chase the killer, mercenary Patrice, and attempt to recover the disk. During the chase, Bond is shot in the shoulder. While fighting Patrice, Bond is accidentally shot by Eve and is later considered "missing, presumed killed".
The head of MI6, M, comes under political pressure to retire during a meeting with the Intelligence and Security Committee Chairman, Gareth Mallory. On her return from the meeting, MI6 is hacked and an explosion occurs in the offices, killing eight MI6 employees. Bond, having used his supposed death to retire, learns of the attack and returns to London. Shrapnel taken from his earlier shoulder wound helps identify Patrice, and Bond tracks the mercenary to Shanghai.

Verdict
From the first few minutes of the movie where a blur silhouette of Bond slowly emerges and as he approaches apprehensively as if someone is going to shoot him, he stops to look around and not long after that, a streak of light shines across his eyes. That scene was particularly an intense opening for a movie and it was roughly like a teaser for you to expect great things ahead for the next 2 hours and 23 minutes ofscreening time. Daniel Craig never fails as the suave James Bond. As usual, he brings down the villains with ease. Throughout the movie, you can sense the easiness of Daniel Craig into his roll as 007. His smug and tough, so cool and collective. He fights and fights, for his life and also for the organization he believes in. I believe that this is the best Bond movie is because of the rich back stories presented it it and superb acting abilities from Daniel Craig and Dame Judi Dench. It no ordinary off the mill, James Bond. The typically cliche plot of gun shooting, casual sex escapades of Bond with his girls and the maniacal villain who wants to get total control and power by nuclear power technologies or gun rays and so on. Skyfall is the real deal, raw, visceral and full of vulnerable energy. Nevertheless Javier Bardem is also an excellent actor in this movie. So deliciously creepy.
It's classic James Bond movie that you should really watch. Its a movie for old and new fans of the franchise.

I don't know whether to cringe or laugh or make fun of the lyrics itself. Please help shoot me.

Ted is the first directorial debut by Seth MacFarlene, the creator of Family Guy. It is about how a boy, John Bennett, wishes they he has a best friend and wish for one under a wishing star during one fateful Christmas in 1985. He got a stuff teddy bear and got a talking walking one instead after wishing for it. Since then they became inseparable . Problems arose when John is all grown up and is in a relationship with the love of her life for four years, Lori Collins, acted by Mila Kunis. Hilarious incidents happens throughout the movie.
Overall it was a fun movie to watch. Mark Wahlberg was just perfect for the role of John Bennett, the washout man who just likes to run away from responsibility. The relationship between Ted and John is quite comical, especially when they broke into a fight
It an outright fun movie. If you like a movie for the sake of just watching and want a lighthearted fun out of it, then Ted  is your movie. Victor Frankenstein lives with his dog and his parents in the sleepy town of New Holland. He is sort of a social outcast, focusing so much on making movies and loving science. Worried about his social life, Victor's father encourages him to take baseball. During his first time at baseball, he hit a home run. Sparky who love to play fetch ran after the ball and got hit by a car when trying to retrieve it back to Victor. Intrigued by a science lesson taught by the eccentric but wise Mr Rzykruski, Victor reanimate Sparky with the help of a lightning storm. Slowly but surely, mayhem ensues.
Tim Burton is known for his quirky and macabre sensibility when crafting his movies. Frankenweenie was no exception. Beautiful crafted and haunting at the same time.
Sadly the downfall of this movie is that it a story that has been told so many time. The science freak creates a monster just like this version except that it is a reanimated dog. The saving grace was the sweet relationship between a boy and his beloved dog and of course the beautifully crafted animation.

Marcus Lamm, 21, tried to pass over the train tracks despite the lights flashing and the gates closing in Manningtree, Essex.