Aaaaahhhhh!
Mashups at MOVIECLIPS.com
randomly put together by sully86 at 12:09 AM No comments:
Email ThisBlogThis!Share to TwitterShare to FacebookShare to Pinterest
Labels: entertainment, video

To advice or not too?

You know sometimes, when you care so much for a friend, and you trying to give advice and what you get in reply is this:

The overused
"I can do whatever I want"

"Everything I do is wrong"

"It not your life, it is mine"

I think when you already try to indirectly  to lead your friend to a better path by giving them a word or two but your friend rejects it with a big ego or doesn't even acknowledge his or her own fault. I think it's better to let them think for themselves. At the end of the day, you wouldn't want to be the receiving end of your buddy's bantering and wasting your time.

Sometimes people say that letting a friend do a mistake in life  is better because this will make them understand more. But on the other hand letting them astray into choosing the wrong path at the first place would be disastrous also.

Think  of the shame and the ridicule that person have to endure.
randomly put together by sully86 at 10:43 PM 1 comment:
Email ThisBlogThis!Share to TwitterShare to FacebookShare to Pinterest
Labels: friend, people, random rant, rants

mother of All Hot Wheels

randomly put together by sully86 at 7:24 PM No comments:
Email ThisBlogThis!Share to TwitterShare to FacebookShare to Pinterest
Labels: cool, entertainment, youtube 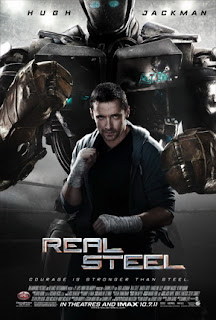 Okay, so I have seen a lot of boxing movies and honestly you cannot deviate from the formula. The formula for a boxing movies are, the boxer's flourishing career comes to an abrupt end for some reason, and in the middle of his  slump is asked to return even thought reluctantly and trains hard and starts again from the bottom. Add in a father son relationship and you have a boxing movie.
Nothing new in the story department, but all I can say is that the script is well written and the boy can seriously act. It is a solid movie

movie rating: 7.5/10.0
randomly put together by sully86 at 3:14 PM 2 comments:
Email ThisBlogThis!Share to TwitterShare to FacebookShare to Pinterest 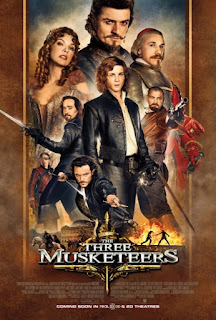 This is the tale of three musketeers and namely Athos, Porthos, Aramis and a fellow misfit name d'Artagnan who joined the legendary musketeers in order to stop a power hungry cardinal that want to steal the throne from the King of France.
It was a fun movie. Nothing spectacular story-wise. What I did wish for was more stunts and more fighting sequences to make it even a more fun movie.
It the pop corn, campy feel good, no brain-er kind of movie. So I give props for the director for giving me that impression after I went of out of the cinema. 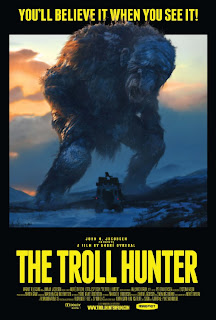 To be honest, I love mockumentary movies. So when I see the trailer for this movie, I decided to watch it.Well put together, but I was hoping for a lot more scares in the movie and more tension between the characters and their surroundings.I mean at the end of the day, I was seriously hoping for something epic to happen, but it really didn't.  Those who watch this should be warn there is a lot of talking involve, so a little bit of patience is needed.
All and all, it a movie that fuses Blair Witch and Cloverfield together with some Norwegian folklore about trolls.*two thumbs up*

sorry for the absent 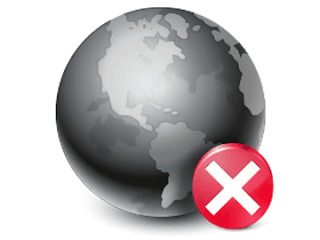 If you do notice, I have been away from the internet for about a month. From the bottom of my heart I apologize for it. You see a certain laptop screen decided to went crazy on me and the thing is I don't have money to buy a new one, so I am stuck with the decision of getting it to the shop for some repair.
In that one month, I managed to find something about myself and that is I can stand not getting my hands on all the social networking sites like Facebook or twitter and etc, but the thought of not being able to do work drove me crazy at times.( and I mean college related work like assignments).
It feels good to be back.
randomly put together by sully86 at 3:43 PM No comments:
Email ThisBlogThis!Share to TwitterShare to FacebookShare to Pinterest
Labels: annoucement, rants 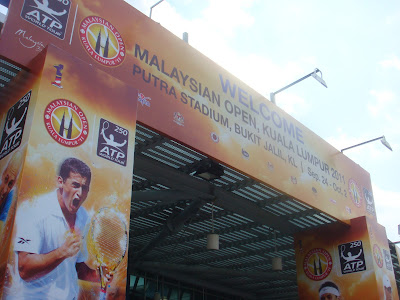 this is what greets you at the entrance 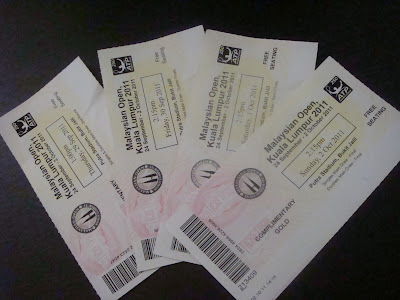 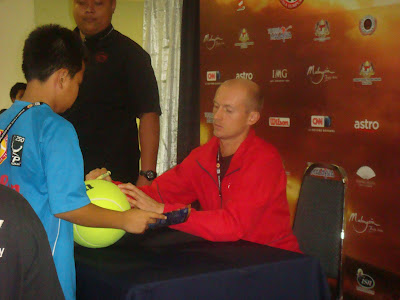 One of the autograph sessions. Nikolay Davydenko signing for the ballkids. 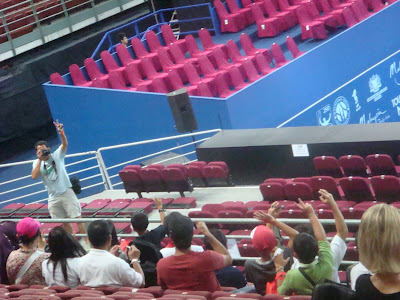 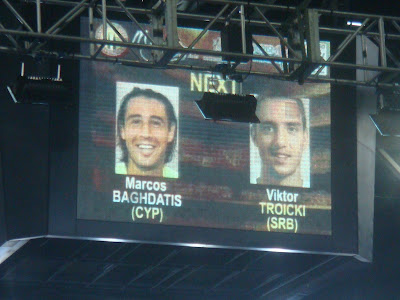 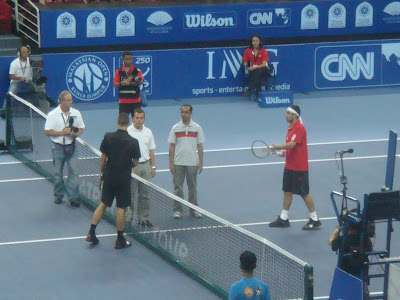 and the game commences!!! 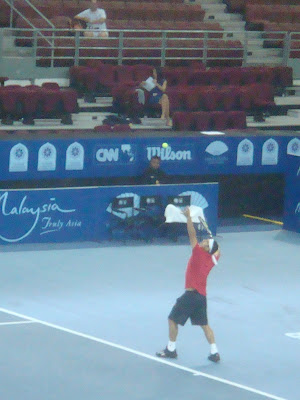 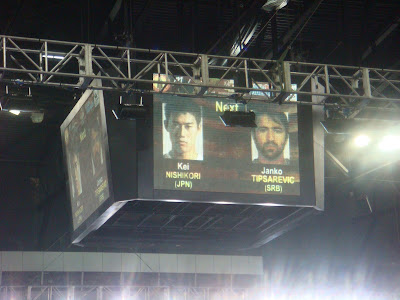 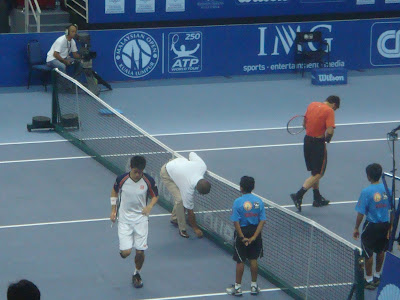 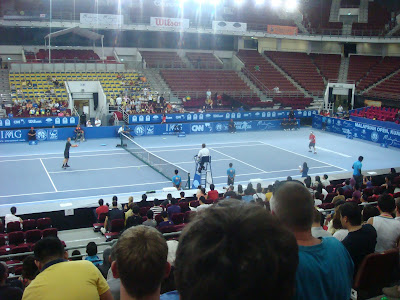 the samurai going down to eventual champion Tipsarevic, 6-4, 6-3 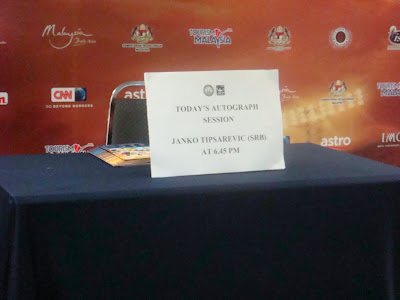 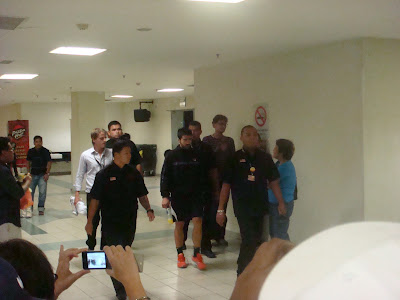 the player from Serbia!!! 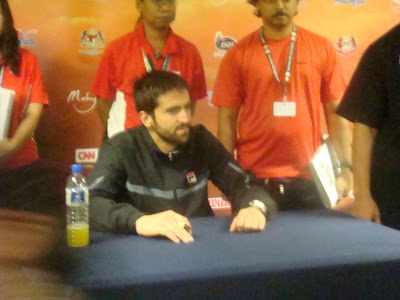 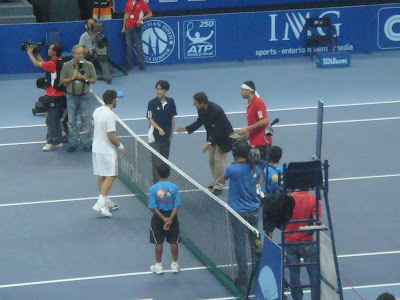 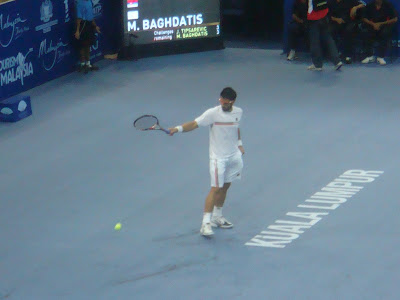 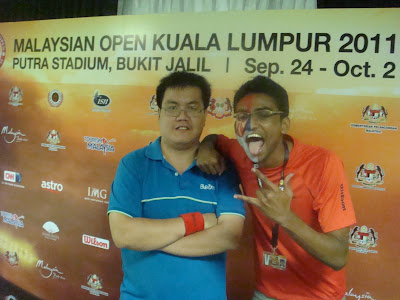 It was a highly entertaining finals. I wish the singles match could go to a third set, but it was not meant to be with Tipsarevic winning against Baghdatis in two sets 6-4, 7-5.  I think it was Tipsarevic aggressive play and consistency on shots that made him win today.

Meanwhile the doubles  event saw  the pairing  of Eric Butorac and Jean-Julien Rojer beating Frantisek Cermak and Filip Polasek, 6-1, 6-3 in an equally entertaining  match that involve very heavy and intense net play from both pair.

I had fun just like the previous edition.Special shoutout to the organizers for providing me with a pair of free tickets and special shoutout to the speed booth team that provided me with some entertainment before and after the match. I would have died of boredom...lol. Overall it was commendable effort from the team and I hope it will be an awesome one next year.