Malaysia to discuss with Indonesia in hosting the World Cup(malaysia.news.yahoo.com) 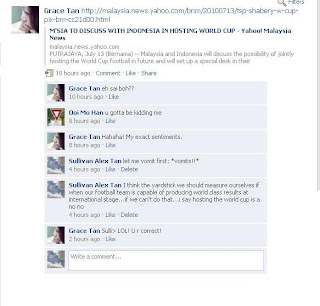 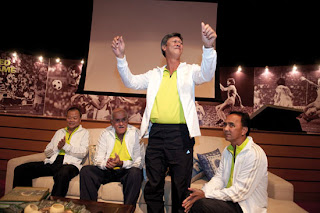 
Why Malaysia shouldn't host the world cup:
The pros:


Why Malaysia is able to host the Commonwealth games if you are asking? It is because we have good results in some of the games that give us credibility to host. Who would in the right mind give Malaysia to host the world cup.Until we do well in the international stages, I am strongly against Malaysia hosting the world cup. Jangan buat malu boleh tak( Don't humiliate can or not?)
randomly put together by sully86 at 7:44 PM
Email ThisBlogThis!Share to TwitterShare to FacebookShare to Pinterest
Labels: opinion, sports